skip to main | skip to sidebar

The last time I was a character fanatic was during my early secondary school days. I went crazy over this yellow duck called Piyo Piyo. And everytime, during birthday celebrations in school, I would receive LOADS of Piyo Piyo merchandise. From pencil boxes to coin banks to notepad etc. I still remember in the late 90's, Suntec City had this huge store full of Piyo Piyo stuffs and I would literally go gila just by browsing.

Mind you, I even carried a Piyo Piyo FURRY-ISH bag to school. Yes, THAT was how crazy I was over this yellow creature. 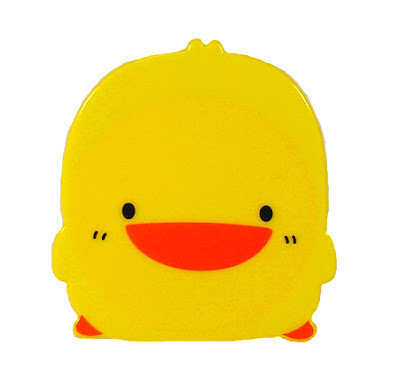 Ever since the Piyo Piyo craze, I stopped all these liking for anything too cute, commercialized, mass product stuffs. I think the only toy I last bought during my last few years as a teenager was a Tamagotchi.

I am in the midst of nursing a wisdom tooth surgery and was randomly TV-surfing and got myself hooked at this 30 seconds animation on Kids Central. 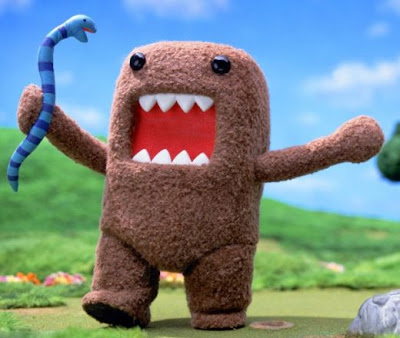 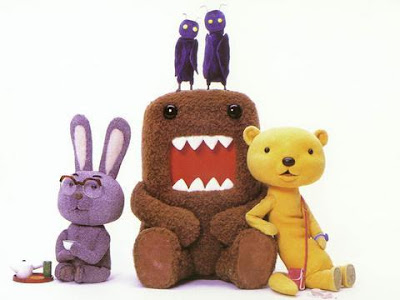 Apparently, Domo-kun is HUGE in the States and started airing in Singapore only in early 2008.

Anyway, here's how Domo was born :

I am currently looking for the original NKH certified merchandise in Sg and I bet I would resort to ebay in the end. So if anyone of you knows where to get Domo and his friends, please let me know!

um hi! i am a huge Domo fan to. I just wanted to no what his friend the rabbits name is

um hi! i am a huge Domo fan to. I just wanted to no what his friend the rabbits name is

it's just me can~

You have gotta check this out.

Those were the days